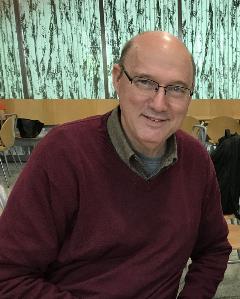 Dr. John Hittinger will be the first speaker in the newly-created John Deely/Jacques Maritain Lecture Series at Saint Vincent College, in Latrobe, PA, on April 14, 2018.
“The John Deely/Jacques Maritain Lecture Series heralds the future potential at Saint Vincent College of the Deely/Maritain Chair in Philosophy,” explained Fr. Paul R. Taylor, O.S.B., executive vice president. “The chair, as grounded in Benedictine tradition, will provide a setting internationally for further developing the Catholic tradition in ways that meet the needs of our current age in the shaping of future culture. As a philosophical framework and direction, a forward-looking Thomism and the contemporary transdisciplinary field of semiotics have joined together in this development, thanks to the work of Maritain and Deely.”
A renowned Maritain scholar, Dr. Hittinger holds the Rudman Chair of Philosophy at the University of St Thomas, Houston, in the Center for Thomistic Studies. John Deely invited him to introduce the Semiotic Society of America conference in Houston (2008), representing 23 nations. Hittinger also wrote an introductory essay on Deely’s 1,000-page opus, Four Ages of Understanding, for a special issue of Semiotica (2010).
John Deely (April 26, 1942 – Jan. 7, 2017) was appointed philosopher in residence at Saint Vincent College, in the fall of 2015. In the words of Paul Cobley, editor of Realism for the 21st Century: A John Deely Reader and the Special Issue of Chinese Semiotic Studies, Deely in Review: “Arguably Deely has been the ‘philosopher in residence’ for contemporary semiotics.” According to the great Thomist and semiotician Mauricio Beuchot, O.P., “John Deely’s legacy is a pivotal element in the future of both semiotics and Thomistic thought.” Well known Thomist and Maritain scholar Christopher Morrissey comments further that Deely’s “seminal legacy” is his promotion of the works John Poinsot as an “explicit link” between the developing Catholic tradition and the philosophical tradition of semiotics: “It is a legacy that ties together John’s efforts not only to the work of the great semioticians Charles Sanders Peirce and Thomas Sebeok, but also to the historic Benedictine Order.”
Jacques Maritain (Nov. 18, 1882 – April 28, 1973), one of the greatest philosophers of the twentieth century, was the foremost philosopher whose work prepared the way for the Second Vatican Council. At the close of the council, Pope Paul VI publicly honored Maritain for that contribution. Earlier in his life Maritain was named French ambassador to the Vatican in 1944 and was actively involved in drafting the United Nations Universal Declaration of Human Rights. His forward-looking Thomism applied perennial truths to the changing historical climate of his own time. Deely wrote the constitution of the international American Maritain Association, now in its 41st year.

Become an SSA Member or Renew Your Membership!